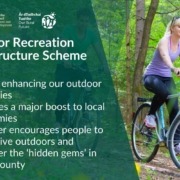 The investment, under the Outdoor Recreation Infrastructure Scheme (ORIS), will be key to enhancing our outdoor amenities such as our walkways, cycleways, rivers, lakes and beaches.

It will also provide a major boost to local economies by attracting visitors and furthering our reputation as a destination for adventure tourism.

As part of today’s announcement, almost €4.3 million will be used to improve some 163 outdoor amenities across the country. Each project will receive up to €30,000 to support their enhancement.

Furthermore, funding will also be invested in 37 outdoor projects that are currently at the early stage of development. These projects are to receive funding of up to €50,000.

Funding for larger scale projects under Measures 2 and 3 of the scheme will be announced by Minister Humphreys in the coming weeks.

Successful applications made to Sligo LEADER Partnership Company include:

“We’re at the height of the Summer and whatever the weather I know families are getting out and enjoying Ireland’s great outdoors. The funding I’m announcing today will support the further development of our greenways, blueways and hiking trails making them even more enjoyable places for families to visit. Every county will benefit from today’s announcement so if you’re a walker, a swimmer, a cyclist or even a fisherman – check out the list to see what’s happening in your county. Getting active in the fresh air outdoors can be a tonic for the body and soul and this was brought home to us all during the pandemic. Some of these amenities are often hidden gems on our doorsteps so I’m encouraging people to get out and discover them over the rest of the Summer.”

“Over the last number of years my Department has provided unprecedented investment in our outdoor amenities, underpinned by our most ambitious rural development policy in decades – ‘Our Rural Future’. Outdoor recreation tourism is a growing sector internationally, and has the potential to have major economic spin-off benefits for our rural towns and villages. My Department is at an advanced stage of developing the new National Outdoor Recreation Strategy which will underpin this investment and give it a platform for further growth.” 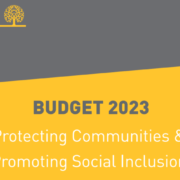 The country’s 49 Local Development Companies (LDCs) are calling for an extra €19 million per year for the rural development programme, LEADER, and the restoration of social inclusion spending under the SICAP programme to pre-financial crash levels. The calls were made in the Budget 2023 submission to Government by the Irish Local Development Network (ILDN) which is the representative body for the 49 LDCs around the country.

Sligo LEADER Partnership is a member of the ILDN. CEO of Sligo LEADER Partnership John Feerick said, “We fully support the call for additional investment in the SICAP Programme which has demonstrated this year more than ever how Local Development Companies can react to a real-life situation. The staff of Sligo LEADER have been to the forefront of supports in the Ukrainian Crisis. The LEADER Programme is also very important to the rural areas we support, and we fully endorse the call for additional funding. Our Tús/CE/RSS Programmes are also very valuable to the local community groups and organisations, and we would strongly support a continued review of these programmes.”

ILDN Chairperson, Jim Finn, explained that SICAP funding is now at approximately half the level it was at in 2008 even though the programme has recently won a UN Public Service Award.

“The purpose of SICAP is to reduce poverty and promote social inclusion through community development, pre-employment and social enterprise supports. Even though the programme’s target groups are experiencing intense food and fuel poverty – due to rapidly rising prices – and finding great difficulty in securing affordable homes, the current budget level for the programme is approximately half of the €85 million level in 2008.

“The budget for SICAP needs to reflect a sense of real urgency in addressing the various crises affecting those excluded from the mainstream and that is why we want to see Budget 2023 take the first significant step towards restoring the SICAP budget to pre-crash levels.”

Jim Finn said that budget for the EU LEADER programme – which supports local development in rural areas – has fallen from €55 million per year to €36 million per year for the period 2023 to 2027.

“This represents a significant shortfall on the average budget over the previous LEADER programme. This reduced income for the programme will lead to reduced funding for community infrastructure and enterprise development in rural areas – at a time of severe pressure on the rural economy due to the impact of fuel inflation – and will lead to staff lay-offs by Local Development Companies too.

“In order to mitigate the undoubted and significant impact on rural communities, ILDN is calling for a restoration of funding to the previous €55 million per year or the introduction of a National Rural Development Programme along the lines previously implemented to address shortfalls in LEADER allocations,” Jim Finn concluded.

This site uses cookies. By continuing to browse the site, you are agreeing to our use of cookies.

We use necessary cookies to make our site work. We'd also like to set optional analytics cookies to help us improve it. We won't set optional cookies unless you enable them. Using this tool will set a cookie on your device to remember your preferences.

Necessary cookies enable core functionality such as security, network management, and accessibility. You may disable these by changing your browser settings, but this may affect how the website functions.

Google Analytics Cookies
We'd like to set Google Analytics cookies to help us to improve our website by collecting and reporting information on how you use it. The cookies collect information in a way that does not directly identify anyone.
Other external services

We also use different external services like Google Webfonts, Google Maps and external Video providers. Since these providers may collect personal data like your IP address we allow you to block them here. Please be aware that this might heavily reduce the functionality and appearance of our site. Changes will take effect once you reload the page.